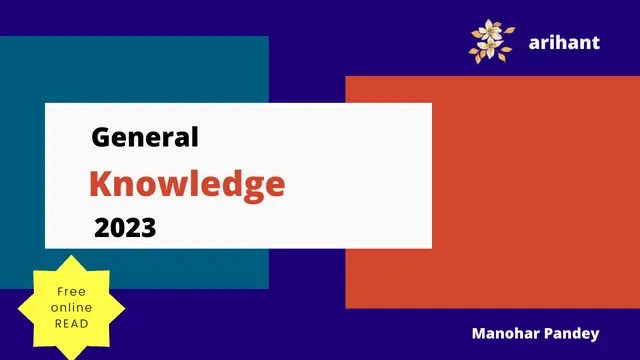 The military in Burkina Faso has seized power, detained President Roch Kaboré, suspended the constitution and closed the country’s borders on January 24, 2022. The military had seized power in response to the ongoing degradation of the security situation in the country and the incapacity of the government to unite the population.

Transparency International released the Corruption Perception Index (CPI) 2021 on January 24, 2022.
Denmark, Finland, New Zealand topped the list with the highest score of 88. While, South Sudan has ranked last on the index with the CPI score of 11.
India’s rank improved by one place to 85 in 2021 with the CPI score of 40 from 86th in 2020.

Oxford Declared ‘Anxiety’ as Children’s Word of the Year 2021

Oxford University Press (OUP) has declared ‘Anxiety’ as Children’s Word of the Year 2021, based on their recent
research on January 18, 2022. Anxiety has been selected based on a survey conducted on around 8000 children of the 7-14 age group from 85 schools in the United Kingdom, who were asked to choose the words they most often used while talking about health and wellbeing.

Nusantara has been Selected as the New Capital of Indonesia

Indonesia passed a bill replacing its capital Jakarta with East Kalimantan, and will be called Nusantara (situated to the east of Borneo island) on January 18, 2022. President Joko Widodo first announced the capital would be relocated in 2019, citing concerns over Jakarta’s environmental and economic sustainability.

Dubai Opens Its Infinity Bridge for Traffic for the First Time

Iconic ‘Infinity Bridge’ in Dubai, United Arab Emirates has been formally opened to traffic for the first time on January 16, 2022.
Its design resembles mathematical sign for infinity (8) which represents limitless, infinite goals of Dubai.

The Henley Passport Index 2021 has been released by Henley and amp; Partners, based on the exclusive data from the International Air Transport Association (IATA), on January 8, 2022.
Japan and Singapore have been ranked 1st, with passport holders have accessibility of 192 destinations visa-free. India has climbed seven places up from 90th rank in 2021 and has been ranked at 83rd position.

NASA technicians have successfully fully deployed the 70-foot sunshield protecting the James Webb Space Telescope on January 4, 2022. The five-layer, tennis court-sized sunshield is essential for protecting the telescope from the light and heat of the Sun, Earth, and Moon.

French scientist’s have identified a new COVID-19 variant named IHU or variant B.1.640.2 with 46 mutations on January 3, 2022. This variant has been reported by researchers at institute IHU Mediterranee Infection in at least 12 cases, and has been linked to travel to African country Cameroon.

France has assumed the rotating presidency of the Council of the
European Union for the next six months till June 30, 2022; with effect from January 1, 2022. The motto of France as EU President is ‘Recovery, Strength, Belonging’.

World’s longest Metro Line was opened in China’s Shanghai Province on December 31, 2021. Shanghai has opened two new metro lines – Line 14 and Phase One of Line 18, upholding its rank as the city with the largest Metro network in the world.

Under Germany’s energy transition policy, the Gundremmingen, Brokdorf, and Grohnde nuclear power plants was decommissioned on
December 31, 2021. The three
remaining power plants are located in Bavaria, Baden-Württemberg and Lower Saxony and are due to be closed by the end of 2022.

Russia has launched its first in the series Project 22220 versatile nuclear-powered icebreaker known as ‘Sibir’, on December 30, 2021.
Sibir will support the growing fleet of icebreakers to keep the Northern Sea Route open for year-round shipping through the Arctic and enable a wider presence of India in the arctic region.

The world’s first dual-mode vehicle that can run on road and rail, had made its public debut in the town of Kaiyo in Japan’s Tokushima prefecture on December 27, 2021.
The DMV looks like a minibus and runs on normal rubber tyres on the road, but when it arrives at an interchange, steel wheels descend from the vehicle’s underbelly onto the rail track, effectively turning it into a train carriage.

Hurun Research Institute, India has released the Global Unicorn Index 2021 on December 23, 2021. The United States and China still continue to bag the top two ranks in the list by adding 254 and 74 unicorns, respectively. As per the report, India ranked at third (by adding 33 ‘unicorns’) in 2020 by displacing the United Kingdom (UK) to the 4th spot.

World Anti-Doping Agency (WADA) has released the WADA report, detailing the transgressions for the year 2019, on December 21, 2021. A total of 278047 samples were collected by Anti-Doping Organisations worldwide in 2019, and subsequently, analysed by WADA-accredited laboratories.

Leftist candidate Gabriel Boric has won Chile’s presidential election to become the country’s youngest ever leader, on December 20, 2021. The 35 year old former student protest leader defeated his far-right rival Jose Antonio Kast by 10 points. He will lead a country that has been rocked in recent years by mass protests against in equality and corruption.

PM Narendra Modi surpassed several world leaders and celebrities to retain the 8th position of YouGov’s World’s Most Admired Men for the year 2021, on
December 14, 2021. Former US President Barack Obama has retained the top position on the chart as the world’s most admired man in 2021 for the second year in a row; followed by Bill Gates and Xi Jinping at the second and third place, respectively.

Lowy Institute has released the Asia Power Index 2021 by assessing the resources and influence to rank the relative power of states in the Indo-Pacific region on December 7, 2021.
United States topped the index followed by China at the second place. India ranked fourth most powerful country on the measures of economic capability, military capability, resilience and cultural influence.

Dubai is first in World to go 100% Paperless

UAE Crown Prince, Sheikh Hamdan bin Mohammed bin Rashid Al Maktoum announced on Dec. 13, 2021 that Dubai became the world’s first govt. to turn 100% paperless.
All the external and internal transactions and the procedures in Dubai Government are now 100% digital.
The digitization will provide all the govt. services to customers & reduce paper consumption by more than 336 million papers.,

Gambia’s President Adama Barrow has been re-elected for a second term in office in the tiny West African nation on December 5, 2021.
With 53% of the vote, he easily beat out his main contender Ousainou Darboe of the United Democratic Party who received about 28% of the vote.

The World Health Organisation (WHO) released its World Malaria Report 2021 on December 6, 2021.
In the report, the WHO notes that ‘Global efforts to tackle malaria suffered because of novel coronavirus disease in 2020: There were an estimated 627,000 malaria deaths in 2020, an increase of 12% over 2019.

Merriam-Webster Declared ‘Vaccine’ as ‘Word of the Year’

American publishing company Merriam-Webster on November 30, 2021 declared the word ‘Vaccine’ as its Word of the Year 2021′. Vaccine’ word saw a 601% increase in definition lookups over the year, compared to 2020.

The World Health Organisation (WHO) has released the Global Nutrition Report 2021 (GNR 2021) on November 25, 2021. India has made no progress on anaemia and childhood wasting.
At the current rate of progress, the global nutrition targets will not be achieved by 2025 globally and in most countries worldwide.

OMICRON: Another Variant of Concern

The WHO on November 26, 2021 designated variant B.1.1.529 as a ‘Variant of Concern’ and named it Omicron. It has been categorised as a SARS-CoV-2.
Variant of Concern (VoC) by the WHO.
The new COVID-19 strain was first identified in southern Africa by the Network for Genomics Surveillance in South Africa (NGS-SA).

Malta became the first European country to allow limited cultivation and possession of cannabis for personal use, following a vote in parliament on December 14, 2021. Adults will be allowed to grow four plants at home and carry seven grams of cannabis, with smoking in public or in front of children remaining illegal.

The United Nations General Assembly (UNGA) has granted Observer Status to International Solar Alliance (ISA) on
December 9, 2021. The granting of Observer Status to ISA in the General Assembly would help provide for regular and well-defined cooperation between the Alliance and the United Nations that would benefit global energy growth and development.

Collins Dictionary Named ‘NFT’ as ‘Word of the Year’

Collins Dictionary has named the term ‘NFT’ (Non-Fungible Token) as the ‘Word of the Year 2021’ on November 25, 2021. As per Collins Dictionary, NFT is defined as “a unique digital certificate, registered in a blockchain that is used to. record ownership of an asset such as an artwork or a collectible.”
Collins English Dictionary is published by HarperCollins in Glasgow.

The US space agency NASA has launched a first-of-its-kind $325 million Double Asteroid Redirection Test (DART) mission into orbit from Vandenberg Space Force Base in California atop a SpaceX Falcon 9 rocket on November 24, 2021.
NASA’S DART Mission is the world’s first mission to test asteroid-deflecting technology.

German-watch in collaboration with Climate Action Network (CAN) and New Climate Institute, published the Climate Change Performance Index 2022 on November 10, 2021.
India has been placed at 10th spot and retained its position as the top 10 best performing countries with higher climate performance for the third year in a row.

The United Nations Climated Change Conference 2021 was held at the Scottish Events Campus in Glasgow (Scotland) from October 31 to November 12, 2021.
It was hosted by the United Kingdom (UK) in partnership with Italy. This was the 26th Session of the ‘Conference of the Parties (COP26)’.

The United States of America (USA) has joined the International Solar Alliance (ISA) as the 101st member country on November 10, 2021.
The framework agreement was formally signed by John Kerry, the U.S. Special Presidential Envoy for Climate, at the COP26 climate summit in Glasgow.

The Worldwide Cost of Living Index released by the Economist Intelligence Unit (EIU) has listed the world’s most expensive cities to live in 2021, on December 1, 2021.
Tel Aviv (Israel) has become the most expensive city in the world to live in 2021, pushing Paris and Singapore jointly to occupy the second spot with Zurich and Hong Kong at the fourth and fifth spots respectively.

An anti-bribery standard setting organisation TRACE has released the Global Bribery Risk Rankings 2021 on November 17, 2021.
North Korea, Turkmenistan, Venezuela and Eritrea posed the highest
commercial bribery risk, while Denmark, Norway, Finland, Sweden and New Zealand had the lowest. India ranked 82nd with a score of 44, whereas in 2020 India had ranked 77 with a score of 45.